A Brief History of the Area 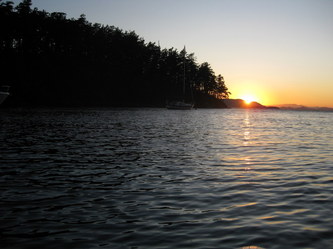 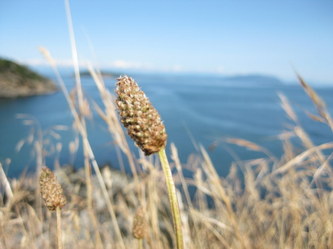 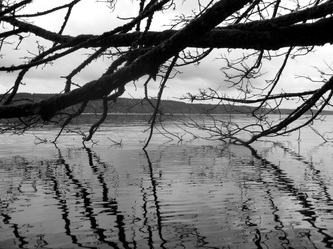 The area known as Puget Sound is a complex series of waterways that were formed from receding glaciers  that cut deep into the land forming valleys that eventually flooded creating the intricate landscape that we know today, including Kitsap Counties 250+ miles of coastline. 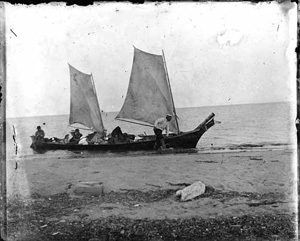 Nobody is sure when the first people arrived in Puget Sound but according to Suquamish legend
all of the earth was water, then the Old One dried the land and created everything from mud, he used the last mud balls from the earth to create the people. Then he sent Coyote to teach the people how to  live with the earth, Coyote traveled the earth teaching the people and making life  better for them.

By 1792 when Captain George Vancouver named the area after one of his officers  and declared the area for Great Briton, the Suquamish people  had already  developed a multi facetted society in the area now known as Kitsap County which is named after their Chief Kitsap.  The Suquamish people called Puget Sound  the Lushootseed name 'WulcH, which means "Salt Water".  Later during the The United States Exploring Expedition of 1838–1842 an area of Puget Sound between Vashon Island and the Kitsap Peninsula  was named after George Colvocoresses, a midshipman for the expedition.  We are all thankful that he deemed his name too long and shortened it to ‘Colvos Passage’.  The word ‘Olalla’ comes from the Lushootseed word for berry or strawberry, the name ‘Fragaria’ comes from the genus of flowering plants in the rose family, commonly known as strawberries.  According to the book "Washington State Place Names," the name "Fragaria" was chosen sometime between 1912 and 1914 by town platter Ferdinand Schmidtz "in recognition of the berry's successful growth in the area." 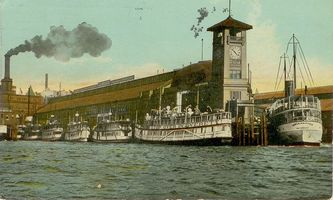 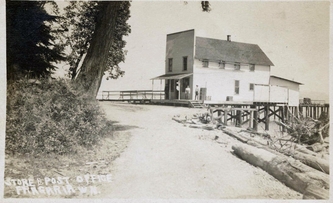 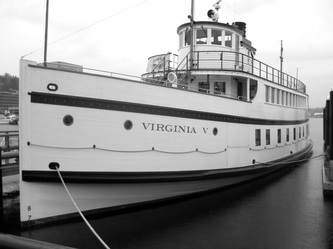 For thousands of years the Suquamish traveled the waters of Puget Sound in well designed Cedar Canoes and before settlers developed roadways a complex series of ferries known as the ‘Mosquito Fleet’ was also the main way people and goods were transported around the area.  Fragaria developed as a port known as 'the Fragaria warf' at this time as the waterways of Puget Sound were the main mode of transport.

1915 'vacation days' section from the Seattle Daily Times which includes an ad for 50 cent round trip to the Fragaria Warf on the Virginia II and III to see the 'home of the big strawberries'
Fragaria must have been a pretty interesting place at this time when famous ferry’s like the Steamer Virginia V used Fragaria as a port between 1922 and 1938, the Virginia V is one of the last ferrys from the Mosquito Fleet era that is still operable in this region and it is on the National Register of Historic Landmarks.  The ticket office/post office/general store still stands in Fragaria and although it has been converted into a residence it is also a quiet reminder of when Fragaria was a busy port.
This was almost lost during the 1950's when officials started pushing for a bridge from Kitsap to the East side. In 1959, a plan that would have added a couple of bridges from South Kitsap at Fragaria over Vashon to someplace by Burien failed by one vote. 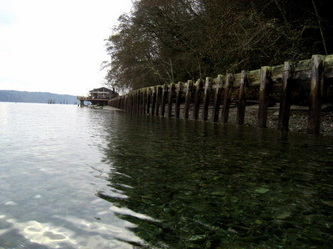 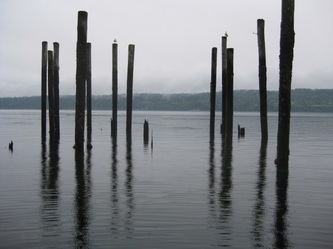 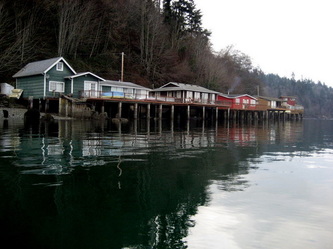 Today Fragaria is a serene remote community on Colvos Passage where many of the beach cottages that were built in the early 1900’s still sit on piers over the water.  The pilings from the original dock for the Mosquito Fleet continue to stand guard in Colvos Passage where they have become a favorite resting spot for the many birds in the area. 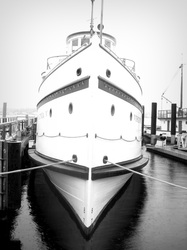 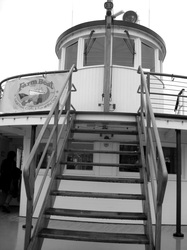 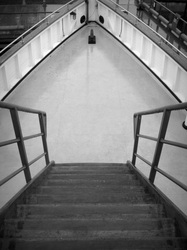 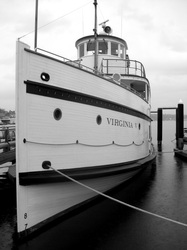 The information here is compiled from a variety of sources including talking to the neighbors, various books and Wikipedia.  Please let me know if you have anything to add, I would love to hear.